Not sure which products to try?  Then our Sampler Set is perfect for you.  You will receive:

(1) 3oz All Over Butter Eczema Therapy

Not sure which products to try?  Then our Sampler Set is perfect for you.  You will receive:

(1) 3oz All Over Butter Eczema Therapy

ALL OVER BUTTER INGREDIENTS:

Shea Butter
-helps to seal in the skins moisture
-contains anti-inflammatory properties
-rich in vitamins A, E and F

Optiphen
- preservative that is paraben and formaldehyde free

-helps to seal in the skins moisture
-contains anti-inflammatory properties
-rich in vitamins A, E and F

-helps to seal in the skins moisture
-contains anti-inflammatory properties
-rich in vitamins A, E and F

Shea Butter
-helps to seal in the skins moisture
-contains anti-inflammatory properties
-rich in vitamins A, E and F

What are people saying about our products?

“Your All Over Butter is the only lotion my 3 year old son will allow onhis body and it’s helping his eczema and some scarring he has so much!! Thankyou for making such a quality and effective product!”

“Chatham Natural Skin Care products are natural, handmade, hydrating, and all around fantastic!! The only regret I have about these products is that I wish I would have ordered sooner.”

“I ordered the eczema therapy all over butter for my son and he uses it twice a day and his eczema has almost disappeared. I will be ordering more in the future and I would definitely recommend it for anyone that has eczema issues.”

“We’ve been using the All Over Butter Eczema Therapy for a year now. My daughter has eczema and this has kept it under control and helped with summer flare ups. It’s so creamy and keeps her skin hydrated and soft. I recently started using it on my super dry feet and notice a big difference! We also have the oatmeal soap and have been using that.” 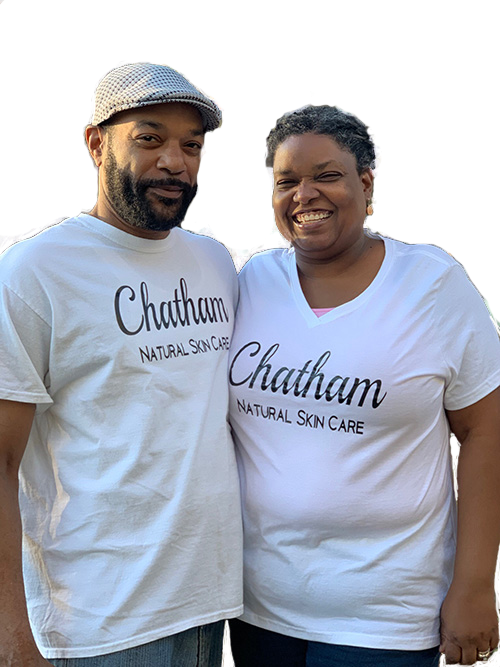 We had a very real problem to solve, right in our own home. My husband and two of our children suffered from eczema. We were more concerned about our daughter Samantha.  She was diagnosed with eczema at 9 months.  At the time, we could not find a moisturizer that would keep her skin moisturized for more than a hour to a hour and a half.

Samantha was in daycare and the provider didn't have time to moisturize her skin ever 2 hours.  Many times we would pick her up, she would be dry and itchy.  Sometimes she was miserable because she would have scratched so much that her skin would bleed.

At this point, we were super disappointed by cost and the ineffectiveness of the moisturizers being suggested by her pediatrician.

We knew there wasn't a cure for eczema, but knew there had to be something that provided relief. After extensive research, we learned that eczema was actually an autoimmune disease and we needed to avoid her eczema triggers.

We found ingredients like sunflower oil and hemp seed oil which were ceramide rich oils.  We then learned about glycerin with is a humectant that pulls moisture from the air.  We also learned about moisture sealing butters like shea butter and avocado butter.  That's when we landed on the gold standard for nourished and hydrated skin and All Over Butter was born.

2021 was a huge year for the company.  Not only did we have All Over Butter and Eczema Relief Oatmeal Soap dermatologist tested, we also became a certified minority owned business.